In front of a packed house, the Hula Honeys (1-2) squared off against the Pink Pistols (0-3) in a grudge match for third place. The Hula Honeys started off with an early lead, and despite the repeated attempts from the Pistols, the first half ended with a score of 111 (HH) to 59 (PP).  In the second half the Hulas built their score up, eventually leading the Pistols by over 100 points. The Hulas continued to dominate the Pistols, shutting down their jammers with strong defense. The Pistols never gave up for a second, and made the Hulas work for every point. The Hula Honeys took third place on the season.

The Championship bout was the big event of the night as the Camaro Harem (2-1) took on CarnEvil (3-0). This highly anticipated match up did not disappoint as leads traded back and forth, everyone hungry for the championship trophy.  Both teams’ jammers saw time in the penalty box, but the strong Harem defense allowed very few power jam points by the CarnEvil jammers.  At the half the Harem pulled ahead for a score of 105 (Camaro Harem) to 63 (CarnEvil).  In the second half the Harem was able to claim lead jammer status and control the clock, while the CarnEvil jammers struggled to get out of the pack. Flex Calibur (CarnEvil) put some big points on the board and kept the Carnies in the game, but the staunch Harem defense and quick footed jammers proved too much for the Carnies.  The Harem handed them their first loss of the season, and claimed the Championship trophy for the 4th time in Jet City history.

Most Valuable Ref:  Dell From Hell

We’d like to thank all of our fans, volunteers and support staff who have helped to make Jet City such a success for the past decade!  We are planning the next 10 years with an eye toward the future, and how we can continue to bring you competitive and entertaining bouts, support our community, and create a space for all people to enjoy, watch and play roller derby! 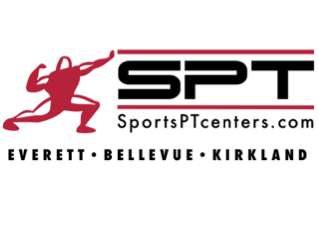