2018
2018 was another great year for Jet City’s all star team. With a new look the Bombers started the season off with a trip to the Dust Devil in Tucson in April. With games against E-Ville (Edmonton) Arizona, and Happy Valley (Utah) the Bombers came home with a win and two losses.
In May they headed to the Big O where they faced 3 tough opponents from Calgary, Tucson, and Berlin. While the weekend didn’t see any wins for the Bombers, scores qualified the team to play in the first ever Western Continental Cup, held in Omaha, NB.
In Omaha the Bombers played a rematch against No Coast (Nebraska) and Crossroads (New Mexico). The Bombers ended the season #59 in WFTDA.
2017

Jet City Roller Derby would like to congratulate their all-star Bombers for an outstanding performance in the D2 Playoffs in Pittsburgh. The Bombers took home the 6th place trophy and will start the 2018 season ranked higher than when they entered the playoffs.

Read a Full recap of the playoff tournament here

[/row]
2016
The Bombers had an early season, heading to play at the March Badness Tournament in South Carolina and then to Spudtown Knockdown in Boise in April. They ended their regular season with a record of 5-1. Their play earned them a place in the D2 playoffs in Wichita, Kansas in August, where they placed 3rd.
2015

Bombers took D2 with energy and determination. They hit the track hard, and hit other teams harder. They won two of four game that weekend. Their final game was a rematch against Oklahoma for 7th place in the Tournament for this year. the JCRG Bombers rolled out with the 7th place spot locked down for the 2015 D2 WFTD tournament.

a D1 Team. The highlight of the season was playing a sanctioned bout with Rat City

(Seattle) for the first time. The teams had scrimmaged, but had never had a game

that would go on their records. The Bombers provided a great challenge to the

stronger Rat team trading leads in the first period, but eventually losing the lead in

the second. In June when the playoff rankings were sorted out the Bombers found

their work had earned them a spot in a D1 tournament in Charleston, West Virginia.

Travels were difficult and the team was delayed in Washington, DC. They would be

unable to make their first game at 8:00 AM, as they would still be in the air. WFTDA

shuffled the cards and the Bombers were given a 10:00 game. The team landed at

8:30 and rushed to the hotel and then to the venue. The Bombers lost their first two

bouts, but were able to win their final bout.

strongest teams in derby to qualify for National/Championships. The new system

not consider geography. Under this new system five of the top 12 teams in the sport

represented former west region. Under the old system two of those teams would

Championships. With no playoff games at the end of 2012 the Bombers lacked the

points required to qualify for a Division 1 tournament. They were invited to the first

ever Division 2 tournament in Des Moines, Iowa. The Bombers were prepared to

dominate their tournament and that they did, winning all three games, the

tournament trophy and a ticket to the big show in Milwaukie. The Bombers would

This season was the wildest season in Bomber history. Establishing themselves as a

rolled in. In 2011 the Bombers played 15 regular season games. The team travel to

California, Nashville, Baltimore and to their second Regional Tournament, this time

in Portland. The Bombers would beat Tucson in the first round and then lose to

Olympia, Bay Area, and Sacred, finishing the season as the # 8 team in the West.

The Bombers began this season with many fresh faces. The team was able to take

of Eugene, Oregon. The team won two and lost one game on the weekend. The next

month they would go on to play in their third WILD WEST, winning all three games.

ranked in the top 25 on DNNs power rankings for the first time. As the invitations

them selves in the number 11 spot and without an invitation to the tournament.

been providing the bulk of the strength for the number 10 team Arizona would, in

what would become know as “Transfergate” transfer to OLY, leaving the Tent City

Terrors with a team that would be beaten in all three of their games, each by more

than 100 points. Without making a post-season tournament, the Bombers chose to

participate in the annual Spudtown Knockdown in Boise, Idaho. With this double

elimination tournament, the team ended up playing 4 full-length bouts in one day,

with the last 2 bouts being back-to-back.

With the heart of the team unchanged and a little infusion of new blood, the

Bombers were set to prove themselves during the 2010 season. The team was

the top 10 and an invitation to the regional tournament. As a new team the greatest

challenge was to find teams willing to play them. The Bombers were lucky as a

in Bremerton, Wa. Their first game in front of the community of skaters that they

near the top of the sport in the previous few years. During the rest of the regular

season the Bombers went on to play sanctioned games against Pacific (Oahu),

west and a ticket to Sacramento, California for the 2010 Western Regionals. The

first team they would face was the Sacred City Derby girls, and the Bombers

game they faced Tucson, the team they had bested at home during their last regular

season game. The Bombers won the final game and finished as the # 7 team in the

officially recognized by WFTDA. The team was now faced with the challenge of

votes of the other leagues in their region. This is what was needed to be invited to

the regional playoffs. Bellingham and Lava City (Bend, OR) were the first to accept

the request. Between these bouts the Bombers played Rat City’s Reign of Terror in

the Showare Center in a friendly and lost by two points. The Bombers beat a feisty

Rainy City team out of Centralia and Dockyard Derby Dames out of Tacoma. Over

the course of the 2009 summer the team lost members after each bout; some to

transfers others moving out of state.

Riot”. This tournament was held in the hangers at Magnusion Park. Luck was not

elimination tournament with the up and coming OLY Rollers. As described in the

that were the OLY ROLLERS. Later that spring the Bombers went on a trip to Idaho

to face Lilac City Roller Girls and earn their first win as a team. The team would

travel again to Idaho to play Treasure Valley in Boise for its second win that season.

The team formed in September of 2007. Initial tryouts were held and the league

followed a 3-7 rule that Rat City had used at the time. There could be no more than

7 and no fewer than 3 players from each of the league’s four home teams. One

month after forming, the stage was set to play their first game. The young team

would face a group of skaters from Sacramento, California that would go on to

become one of their biggest rivals. The bout was held at Edmonds Community

Skate Deck. The Bombers lost by a substantial margin, but the seed was planted and

the team was determined to prove it’s worth. 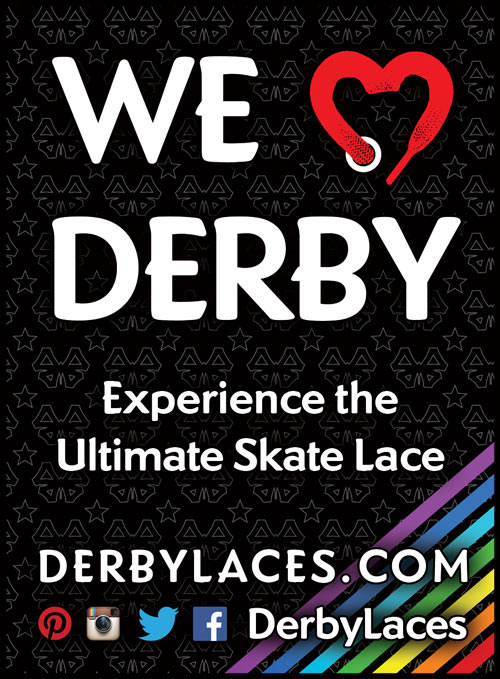